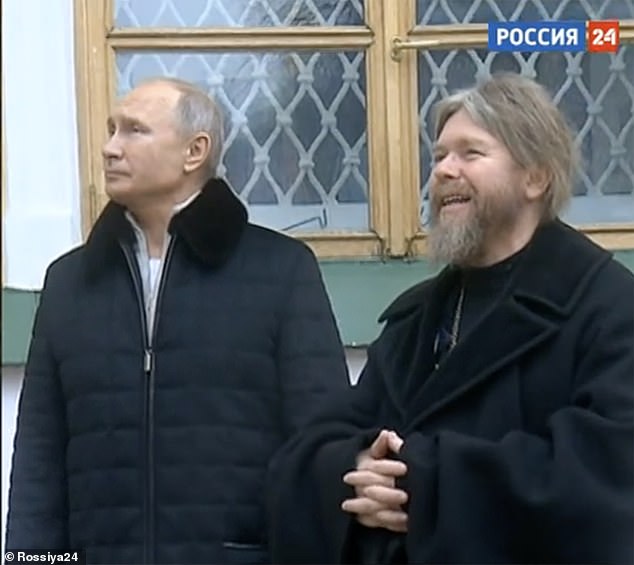 A bishop who is called Vladimir Putin’s ‘private confessor’ has made a unprecedented plea for an finish to the struggle in Ukraine after months of bloodshed.

Metropolitan Tikhon Shevkunov, who is thought to be exceptionally shut with the Russian premier, dramatically stated there must be ‘peace by the desire of God’ between the 2 nations.

The bishop, who’s extensively seen as Putin’s non secular adviser referred to as the struggle, which started with Russia’s unlawful invasion of Ukraine in February, an ‘unprecedented tragedy’ and stated it ‘ought to finish with peace’.

The remarks are a unprecedented intervention by the clergyman and have sparked ideas that Putin could also be open to a deal after his humiliating defeat in Kherson.

Russian troops had been pressured to desert town late final week amid a counter-offensive by Ukrainian troops, with stories that some disguised themselves as civilians as they tried to flee.

In what seemed to be a remaining act of retaliation, the despot’s troops blew up the Nova Kakhovka dam as they retreated throughout the Dnipro River, in addition to allegedly destroying the Antonovsky Bridge, which is the opposite primary crossing level over the river within the Kherson area.

In an interview with Rossiya 1 channel, and presumably talking with Putin’s permission, the 64-year-old bishop admitted the battle is starting to weigh closely on the minds of Russians. 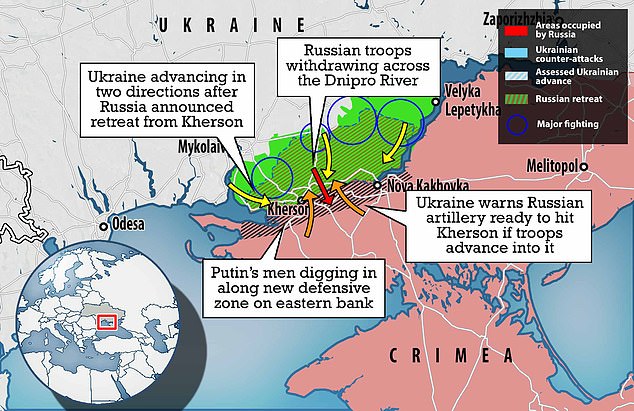