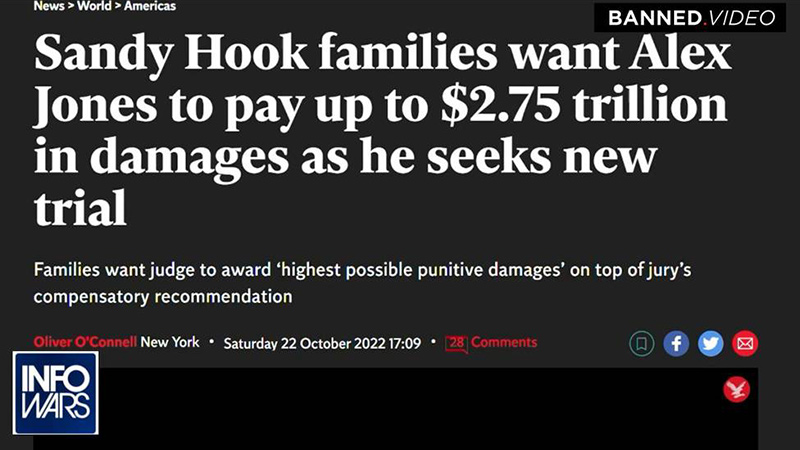 Alex Jones responds to the $2.75 Trillion Sandy Hook payout and the way it backfired on the kangaroo courtroom ruling.

Jones stated the ruling was meant to “demoralize” residents to interrupt their will, however as an alternative, it woke folks as much as the ridiculous political assault.

He informed listeners, “It completely wakened virtually all people and blew up of their face spectacularly and the massive Democrat Celebration PR agency that now admits they ran the entire present is operating round like a hen with their head lower off saying, ‘Properly, we didn’t actually need $2.75 trillion.’ However they did ask for it…”